The bus then takes you out of Bratislava through the surprisingly green and vibrant suburbs until you reach Devin. Be sure to stay on the bus until you reach the "Hrad Devin" stop unless you intend to walk a bit further through Devin itself, which is up a hill and therefore not necessarily recommended.

After leaping off the bus carry on walking up the road, uphill, and take the first left. Follow the path down and you will arrive in a large car park. Initially I was perplexed about whether we were following the right route. Then we came across this: 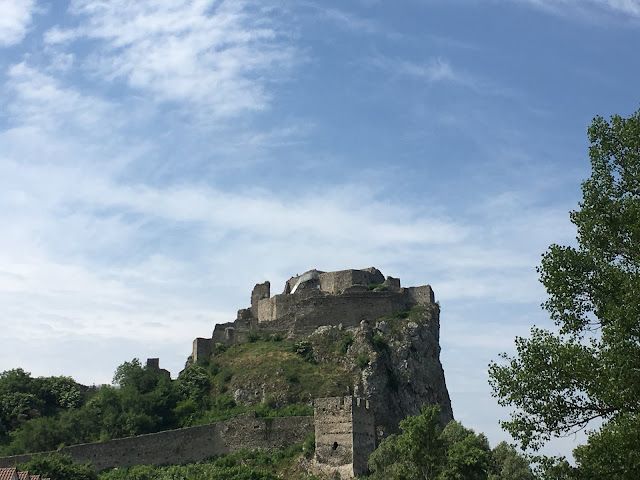 Satisfying ourselves that we had probably arrived at Devin Castle, we followed the path to the left and made our way towards the entry gates.

Of course, being so close to the border with Austria means that you can visit Devin Castle from either Slovakia or Austria and, given its prime position 212 metres above the Danube you can really arrive in style- by boat! If the view from the road was not dramatic enough, maybe the trip by boat would be more your style. 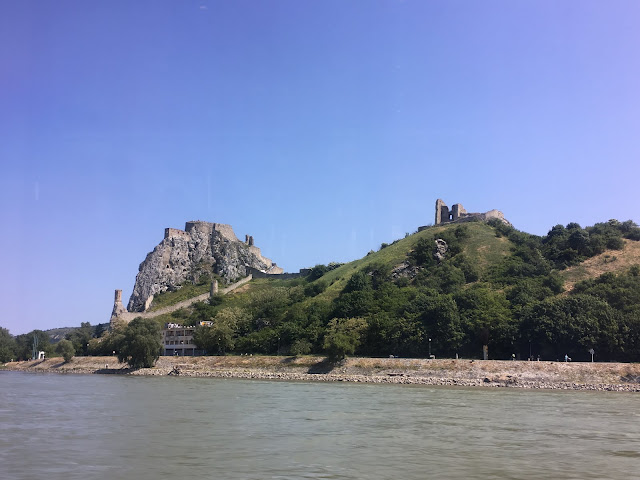 Opening hours are seasonal so it is always best to check before you travel.

As always with popular attractions it is well worth getting to Devin Castle early. We arrived half an hour after opening hours and had the ruins virtually to ourselves for the best part of an hour.

The upper Castle contains a museum that can be accessed for 5 Euros per adult, however it is worth noting that this museum is currently shut to allow the Castle to receive a bit of structural TLC!

For the hugely reasonable price of 2 Euros you can gain entry for an adult to enter the site, climb the beautifully preserved ruins, and basically gamble about like a bunny.

Things to do and see at Devin Castle

In the paid part of Devin Castle our favourite thing to do was follow the many footpaths and discover the incredible views. A set of metal steps take you to the top of the Upper Castle. Whilst I have no head for heights (this often causes us issues, among our other travel fails) the steps were manageable and definitely worth it to be greeted with the views! 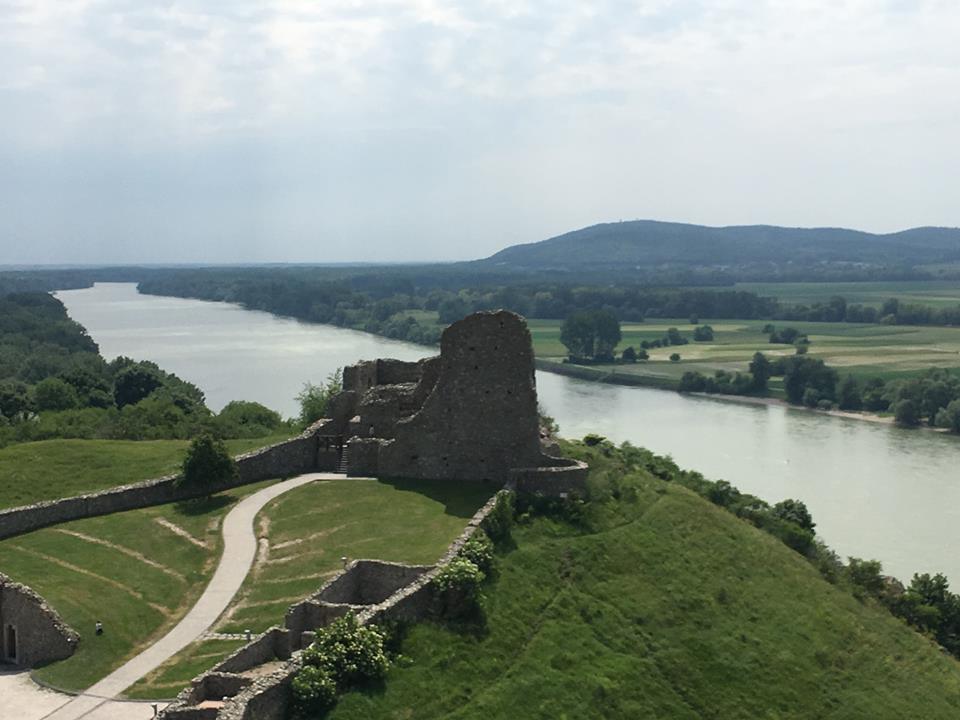 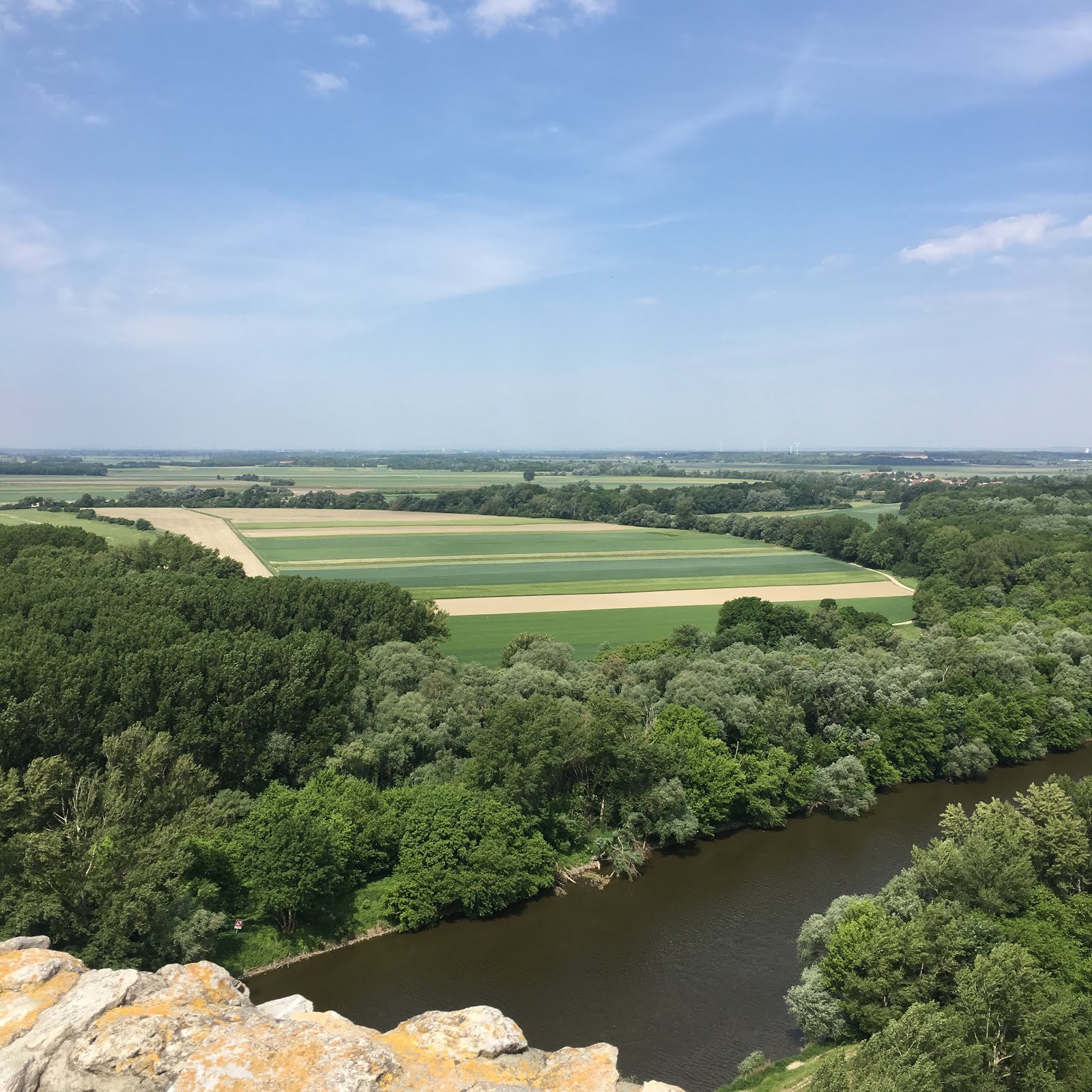 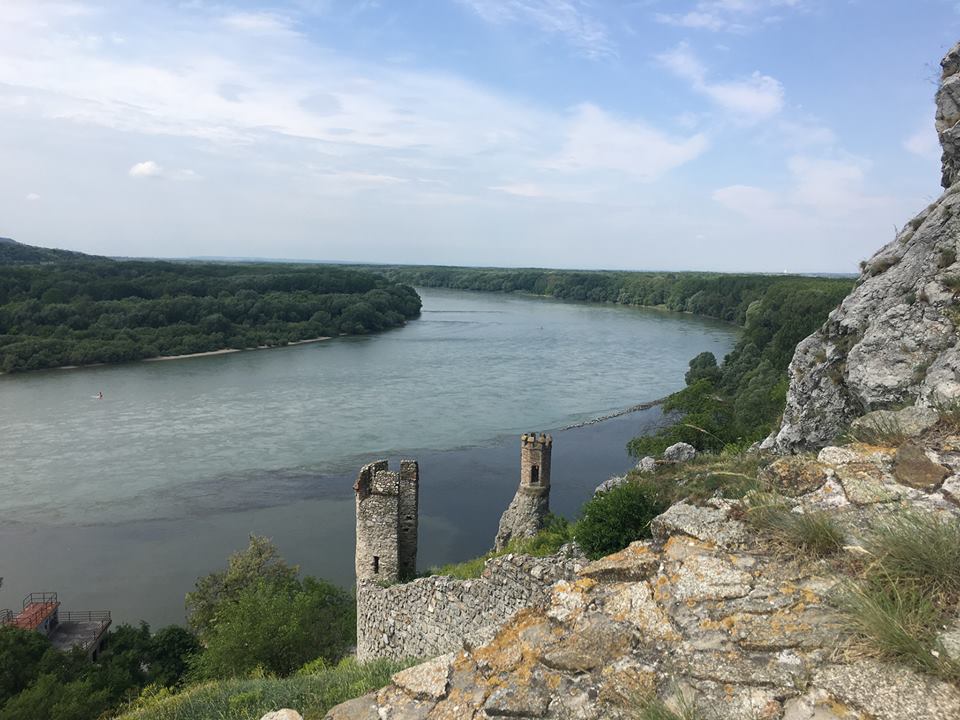 Having recovered from climbing the stairs up, we decided to head back down and see what else there was to discover.

As we were leaving the Castle ruins, an irritated screech alerted us to a huge kestrel sitting on top of the ramparts. It clearly felt that our rude presence may have accidentally spoiled it's mornings hunting and skulked off, putting on a hugely impressive display of speed. It sat on a fence with one beady eye watching us so that it could expertly avoid having it's photograph taken.

Being avid bird watchers we were both delighted to have spotted such a beautiful, if loud, specimen. We also spotted a number of Black Kites over the Danube and, quite frankly, could both have left Slovakia very happy at that point!

On your walk up towards the Upper Castle you will see a sign pointing out an early Christian Chapel. Inside the building are the excavated foundations of a 4th century chapel! If that is not exciting enough then you can also visit the remains of a 9th Century Great Moravian Church.

Outside the Castle walls is a path that leads down, past the Castle and towards the river. There is no entrance fee to visit this path and to take a gentle stroll along the waterfront and to enjoy the Castle from another angle!
Outdoor activities

Devin Castle is based in the Devin Carpathians, part of the Little Carpathians, a beautiful range of mountains with numerous hiking trails. One of the more popular trails leads out of the car park itself! We did not get a chance to hike, but it will give us the perfect opportunity to go back and visit Devin again!

If sweating and swearing up a mountain is not your idea of a fun time then maybe you could consider local kayak hire instead. Again, we did not have time in our visit to take a kayak out for a spin, but given our previous kayaking disaster experiences maybe that was for the best!

Devin is a very beautiful town to explore if you have the time, and there are pubs and restaurants to quench your thirst after dashing about the Castle! Two pubs in the car park have a spectacular view of the Castle while you enjoy a restorative beer to plan the rest of your day.

Devin Castle was a superb morning out, and could easily be made into a whole day. I would love to hear back from anyone who was brave enough to have a go at the hiking!