One Day Itinerary for Driving the Great Ocean Road 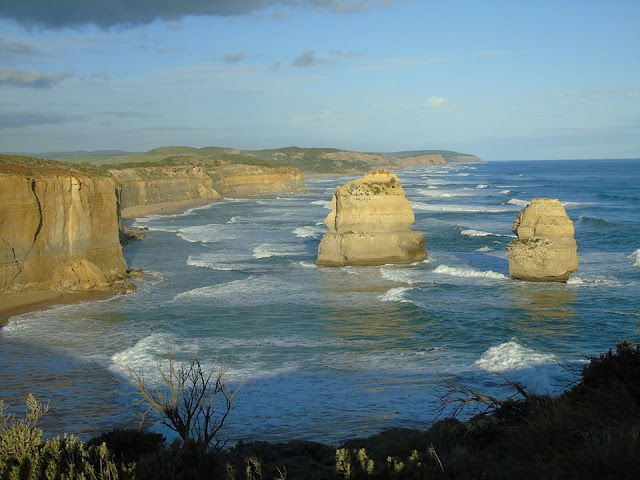 The Great Ocean Road is a bucket list dream. The ideal situation would be to spend a long weekend exploring, but what if you don't have a long weekend? Well, arguably the main attractions can be squeezed into one day with a bit of planning and a lot of caffeine.

Safety first, this is a long day out with a lot of driving. Take care of yourself, rest when tired, share the driving. That dealt with, it's time to enjoy the ride!

We left the Dandenong Ranges outside of Melbourne very early in the morning. After two hours we arrived in Torquay, where we stood on the cliffs to stretch our legs and admire the view. 30 minutes later we arrived at the start of our itinerary.

In Airey's Inlet stands Split Point Lighthouse. Built in 1980 the lighthouse stands 66m above sea level. Tours are available at $14 per person but as we only had one day to explore the Great Ocean Road we did not take a tour, instead choosing to enjoy the cliff top walks around the lighthouse itself. 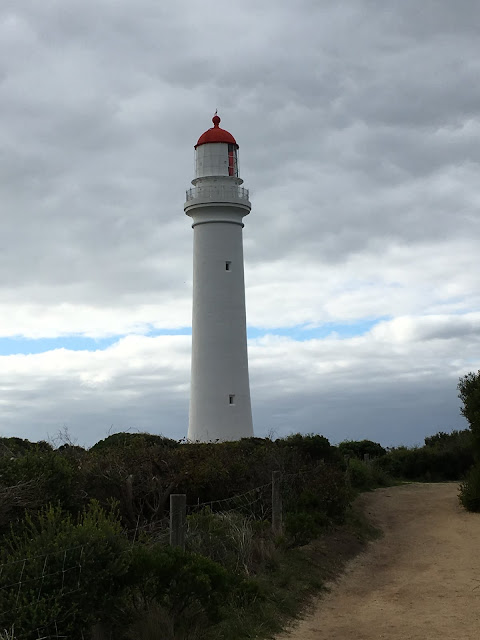 Back into the car and ready for a 20 minute drive, onwards towards the most important stop- breakfast!

A picturesque seaside town, Lorne is a perfect place to stop for breakfast. A line of cafe's, restaurants and bars along Mountjoy Parade leave you with plenty of choice for food and the coffee, as everywhere else in Australia, is fantastic. 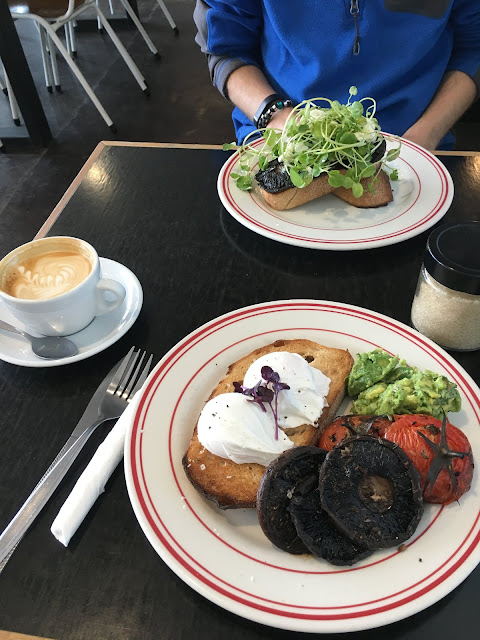 After breakfast we dropped into the Lorne Visitor Centre. The helpful staff were able to provide us with maps of the Great Ocean Road and to point out the best places to consider for strategic caffeine stops during the day. This was especially helpful to establish two places that we would not have known about otherwise: Teddy's Lookout and Erskine Falls.

A short walk from the car took us to a viewing point that allowed our first truly spectacular view of the day, out of the forest lined gully where the river meets the ocean. 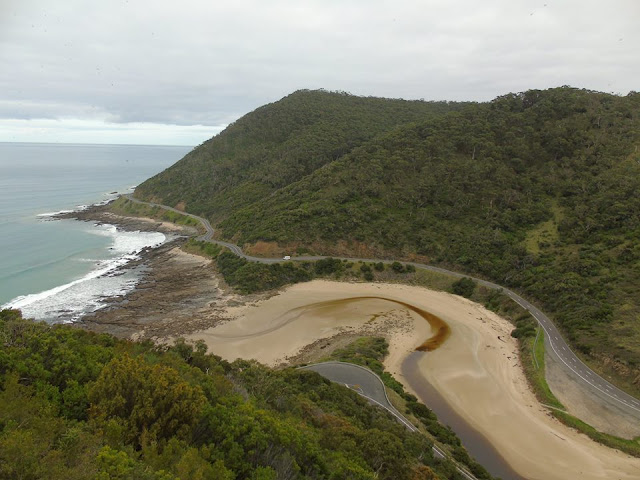 A beautiful detour from the Great Ocean Road, the Erskine falls can be found approximately 10km outside of Lorne. There are two options for viewing points, one higher up and, for those with sturdy footwear and a passion for cardio, one at the bottom of the falls in the creek. The 248 steps down into the creek were entirely worth the effort. The forest was very peaceful, calm and cool. The 248 steps back up on the otherhand were a little bit sweary. 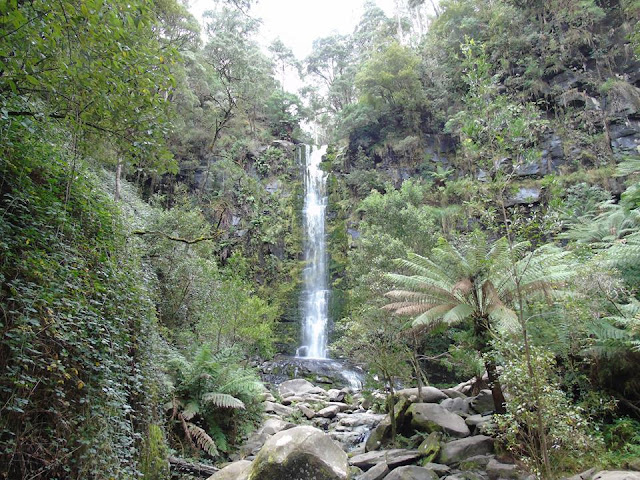 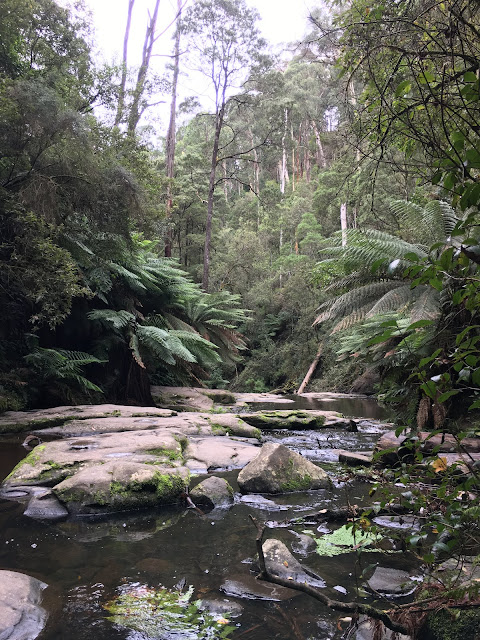 Approximately half way between Lorne and our next destination, Apollo Bay, sat Kennett River.

Whilst we were reliably informed that Kennett River had a fabulous beach and opportunities for surfing we were there for the hidden gem- the wildlife.

Kennett River is home to both a range of extremely friendly bird life but also wild koalas.

As soon as we arrived we understood why the birds were described as "friendly". 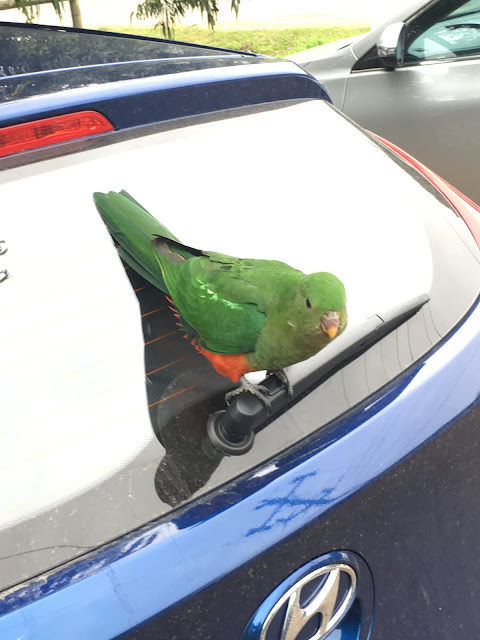 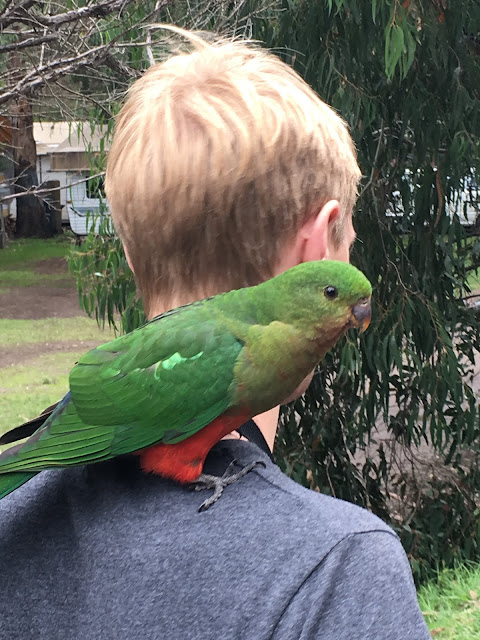 Whilst my Travelling Buddy is well known for his way with the birds (something similar happened when we spent the day at Puffing Billy Railway), I enjoyed the little onslaught of inquisitive parrots, scrabbling over your shoulders to see if you had anything worth eating.

Having spent a hilarious half an hour trying to take a photograph where neither of us were (1) grimacing or (2) taking a parrot straight to the face (note there's only two photos here? A cautionary tale) we carried on to the Koala walk, further up the hills.

As the name suggests, the Koala walk gives you the opportunity to spot wild koalas as they nap high up in the trees on the sides of the road.

The koalas in the Koala walk are wild animals and their presence can not be guaranteed. Ironically, we spotted more koalas in a 45 minute walk at Kennett River than we did in the Koala Conservation Centre! 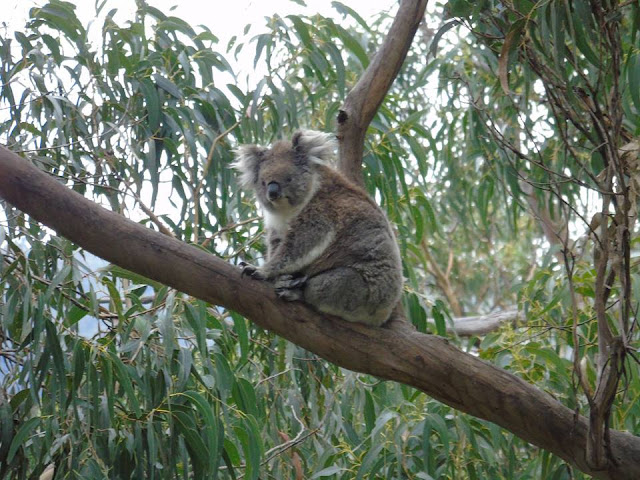 Having realised the time, we decided to grab snacks from the shop at the Kennett River camp site and carry on the trip to our next destination.

The views in land make a nice change for a few hours, with green rolling hills and hardly any other vehicles.

Possibly the most iconic stop on the Great Ocean Road is the Twelve Apostles. 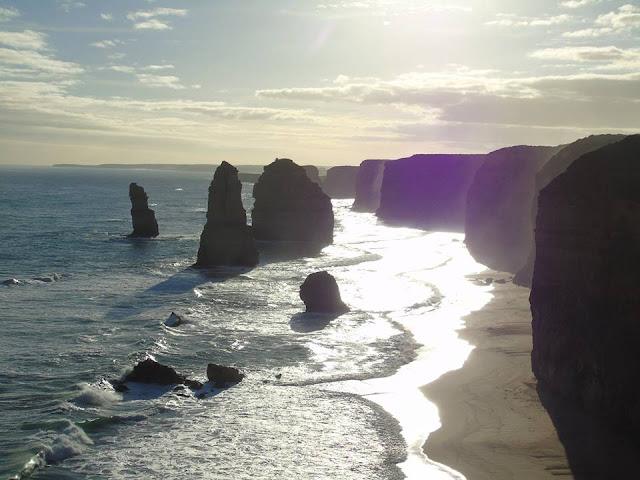 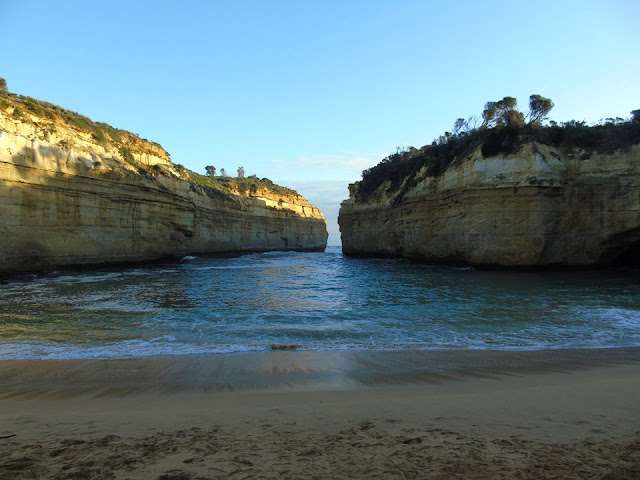 One of the worlds outstanding natural beauties, the Twelve Apostles are hugely impressive. There are currently 8 Apostles still standing proud, the ninth Apostle having slid into the sea in 2005. They draw the sort of crowds you would expect, and even later in the afternoon as the sun was beginning to set, the wooden walk ways remained busy with visitors.

The beach can be accessed for a more peaceful view of the Apostles and despite how busy they get, it is definitely worth stopping off.

15 minutes further on is London Bridge, another natural limestone creation. What used to be an entire bridge has collapsed into the sea, leaving just the disconnected ends of an arch plonked in the middle of the water. 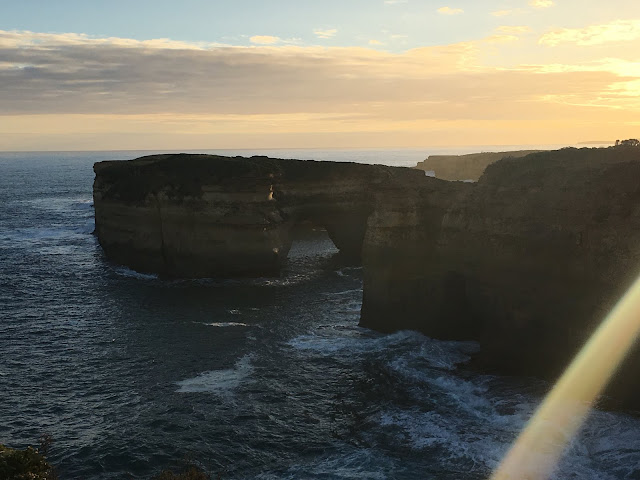 Having thoroughly enjoyed  Port Campbell National Park we drove into Port Campbell itself for dinner. The town is small but offers a number of different restaurant options and a bar. We stopped for a pizza and a comparison of photographs and were treated to the unusual delights of an outside bathroom. As this was our last night in Australia I remained hopeful that a giant Huntsman spider would be hiding under the seat but was bitterly disappointed to find no murderous wildlife at all.

Thrilled with our exploratory efforts I drove the 3 hours back inland from Port Campbell to the Dandenong Ranges whilst my Travelling Buddy enjoyed a well deserved nap.

So, we learnt that it is possible to do a chunk of the Great Ocean Road in one day. You might want to start at the opposite end and work your way back- Lorne arguably has better places to stop and eat dinner than Port Campbell. But whatever way you decide to do it, the Great Ocean Road is certainly one day trip you will never forget.
12 Apostles Australia Great Ocean Road Kennett River Koalas