How to Spend 8 Action Packed Days in Kenya 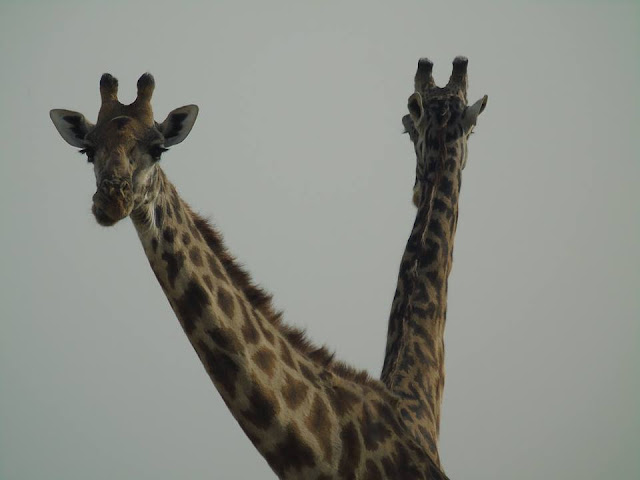 Kenya is an incredible country- beautifully diverse landscapes, breathtaking wildlife and fantastic people. With so much to cram in to your time in the country it can be hard to know where to start. To take the stress out of planning, here is a suggested 8 day itinerary to make sure the time poor can be the experience rich!

You've probably had a long and exhausting flight to reach Kenya, so when you arrive you might be keen to relax and take a nap. No time I'm afraid, because the first 24 hours of this suggested itinerary take you to Giraffe Manor.

Enjoy being fully immersed in the conservation of the endangered Rothschild giraffes that make Giraffe Manor their home, and be ready to be enchanted when you see these long legged beasts galloping around the grounds.

I could wax lyrical about Giraffe Manor all day, but to save you the time you can read the full review here.

An early start will see you leaving Giraffe Manor and joining your safari from Nairobi. We opted for Rhino Tours as our safari company who supply fantastic four wheel drive safari vehicles driven by seriously knowledgeable guides.

Your safari vehicle will then drive you for almost 3 hours to Lake Nakuru, which is a perfect amount of time to get to know any other safari participants and to weep with deep regret that you drank the entire mini bar at Giraffe Manor the night before.

Having had an early start you will be able to squeeze a late morning game drive in before stopping for a quick buffet lunch. Once you are full of delicious food you can get back on the drive to start wildlife spotting. 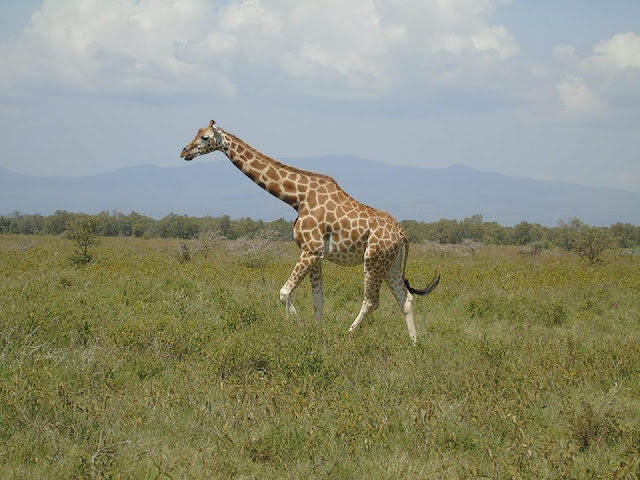 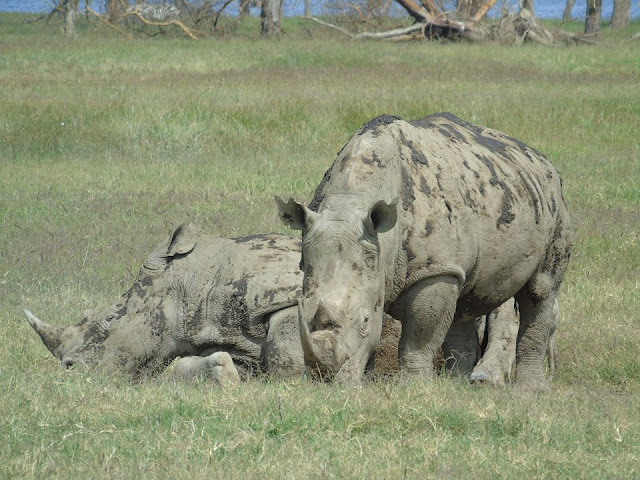 Lake Nakuru is known for having both black and white rhinos in the National Park and we were very honoured to see some spectacular (if muddy!) specimens.

A further two hour drive along the bumpy roads will take you to your destination for the evening, Lake Navaisha. It will also bring your Girrafe Manor minibar hangover to a head and you may have to have a serious word with yourself about the rest of your holiday.

There are several options for accomodation but we chose Lake Navaisha Simba Lodge. The health and safety briefing here told us to stick strictly to the lit paths and to pick our way very carefully from our rooms to the restaurant in case we disturbed any wildlife from the river, lest we get ourselves flattened by a surprised hippopotamus.

Another early morning takes you out onto Lake Navaisha itself. Local guides pull their motorboats to the side of the river and you can opt to speak to these guides and pay money directly back into the local economy by taking a tour with them.

In the centre of the lake itself there is a large island where "Out of Africa" was filmed. Animals were taken out to the lake to allow filming, but the crew did not bring them back to the mainland - so the tiny island has an ecology all of it's own! 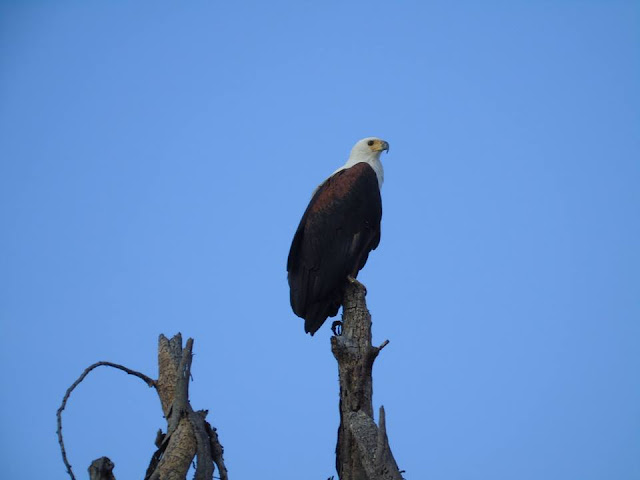 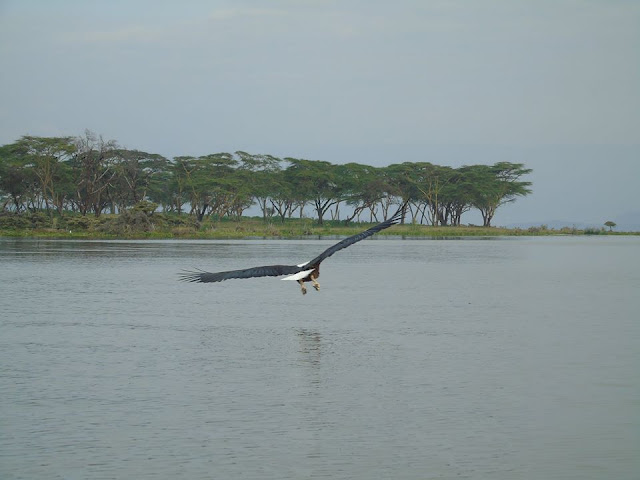 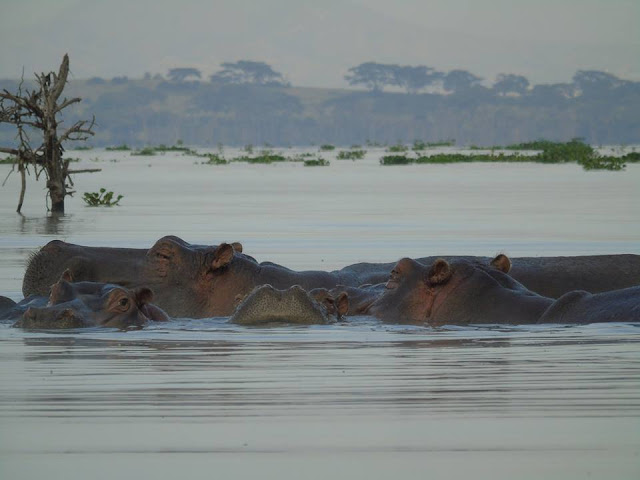 After disembarking with wobbly sea legs, you will get back onto the road for a long drive (over 5 hours) towards the Masai Mara.

A fair word of warning, the roads to the Masai Mara get progressively worse until the point where they become a collection of pot holes held together with hope. These roads are best dealt with on an empty bladder.

On arrival at the Mara Simba Lodge you will have time for a swift buffet lunch before heading straight out for an afternoon of game drives. 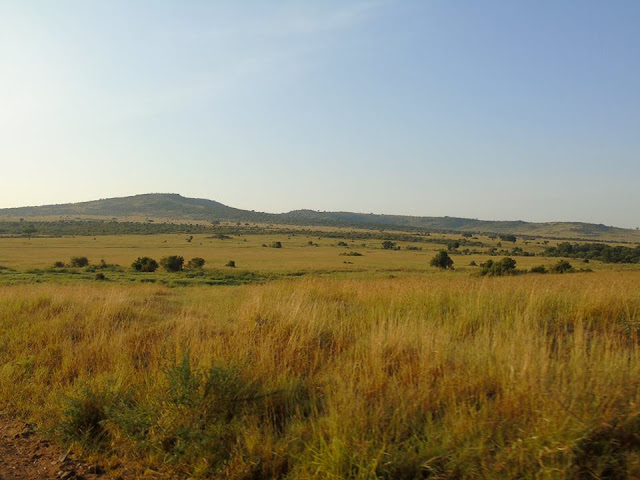 After enjoying the game drive and the buffet dinner, make it back to your room for an early night ready for yet another early morning.

Mara Simba Lodge is based on a gorge and so you can watch the crocodiles  in the river at the bottom while tiny monkies are industiously trying to break into your room.

Another early start to get back into your vehicle and off you go for a full day of game drives. For us this day was absolutely incredible, seeing 4 of the "Big Five". 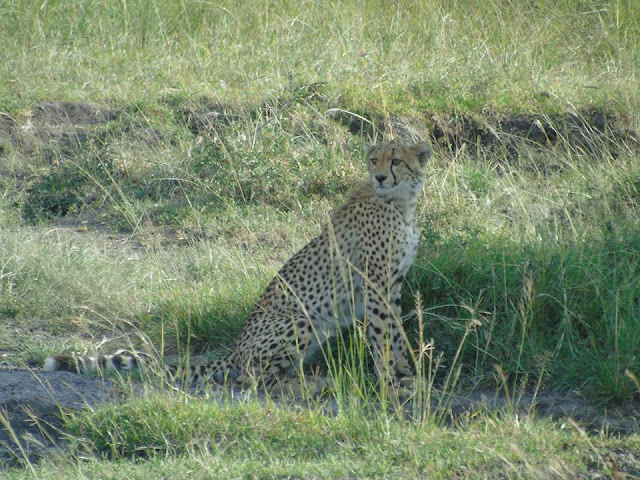 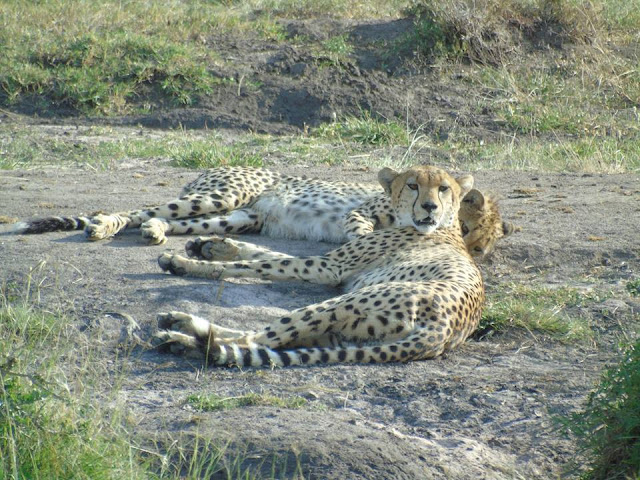 The absolute highlight of our trip was watching a lioness feasting. She was determined to keep the kill but was being hassled by a gang of hyenas who were trying to steal her hard earned meal. At one point she lost her temper and roared at them. In case you wondered, a lion roaring 20 foot away from you makes you wonder how secure you are in a glorified tin can on wheels! 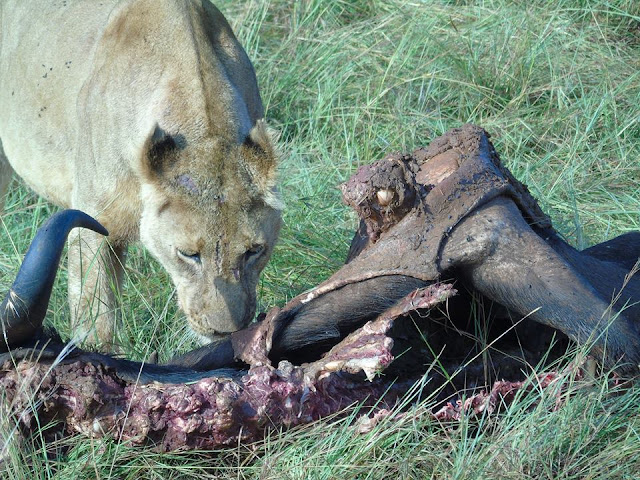 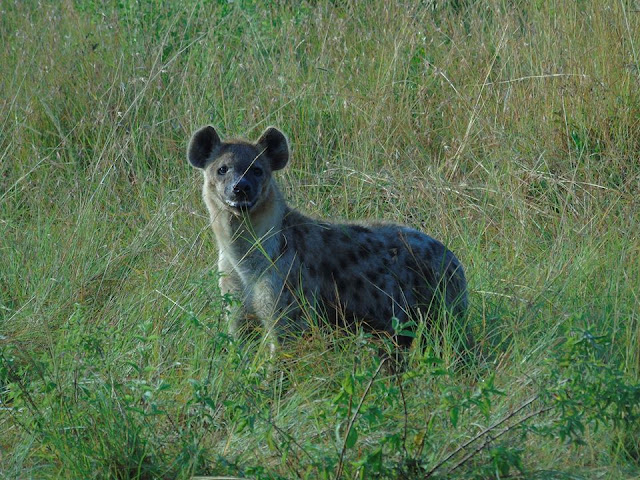 Despite her valiant efforts to keep her dinner, she relented and fled when a male lion took a fancy to both her and her meal! 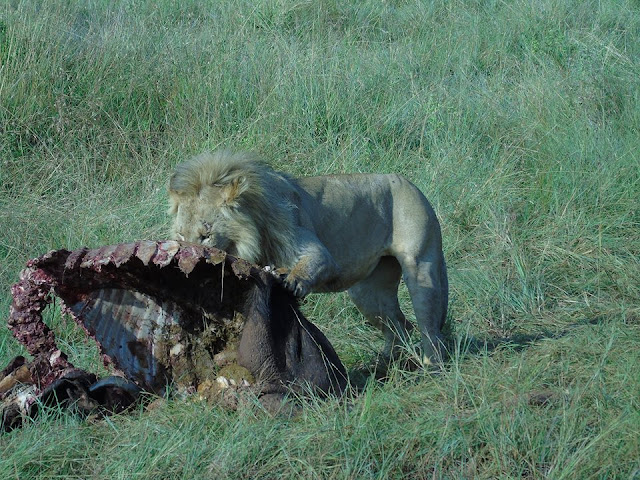 It is only fair at this point to give a public service announcement. Most safari tour guides and drivers survive predominantly on the tips from their guests. This means that your guide will do their utmost to ensure that you have the most incredible experience. This, just sometimes, means that your guide will get the safari vehicle wedged in a ditch and you will stand in the middle of the Masai Mara, sobbing with laughter, as other safari vehicles attempt to rescue you. 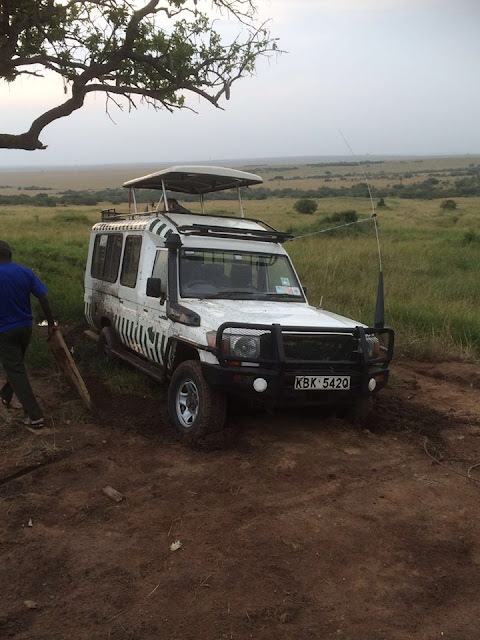 By this point in your trip your inside's have adjusted to the safari roads and you may very well enjoy the half day journey back to Nairobi to catch a flight out to Mombasa, otherwise known as paradise.

Having had a lot of early starts and late finishes, close encounters with angry lionesses and several day light robberies committed by monkies, enjoy the beautiful coastline and swim in the bath temperature sea to top off your holiday.

We chose to stay at the Baobab Beach Resort for days 5 - 8 of our trip, mainly for views such as these: 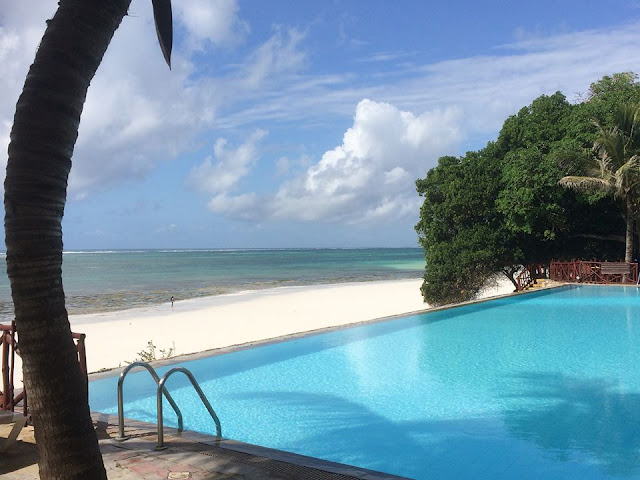 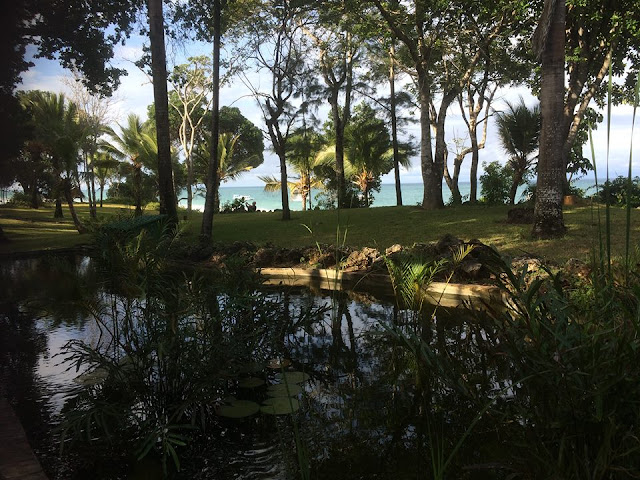 Looking for reading material for the plane?

If you are looking for a read to get you in the mood for safari then you may want to try Peter Allison's books, "Whatever you do, don't run" or "Don't look behind you". These hilarious memoirs of Peter's time as a safari guide in Africa will make you smile and wonder how he made it out in one piece!

Kenya is a beautiful place and we tried to cram as much as we could into 8 days. I would love to hear from you with your own itinerary suggestions for things for us to do next time we visit!
Africa Conservation Giraffe Manor Itinerary Ideas Kenya Lake Nakuru Lake Navaisha Masai Mara Mombasa Safari